Introduction – Long Chain Polysaturated fats
The aim of this assignment is to provide a recommendation on the supplementation of infant formula with Long-chain polyunsaturated fatty acids (LCPs), based on accredited evidence. This essay will discuss the advantages and disadvantages of this supplementation, as well as providing a final recommendation on the supplementation based on evidence. Due to competitive baby formula adding LCPs to their product, it is an important topic to investigate to maintain and grow market share (Simmer et al. 2008). 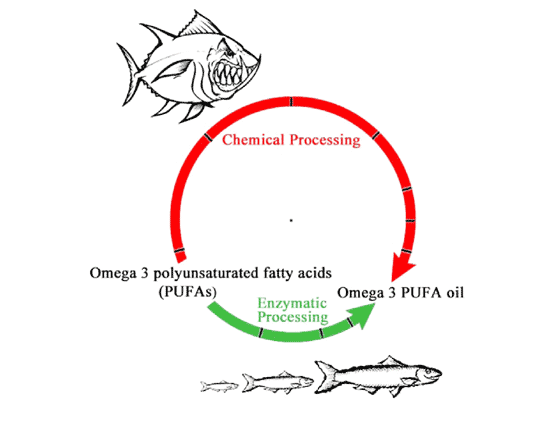 Long chain polyunsaturated acids contain between thirteen and twenty-one carbons, and have one or more double bonds. These double bonds in particular are what contribute to its ‘unsaturability’ (1). Docosahexaeonic Acid (DHA) and Arachidonic Acid (AA) are omega-3 and 6 polyunsaturated fatty acids found naturally in breast milk. They are structural fats which assist in the development of many neurological and physiological functions in infants, pre and post birth (2). Having a sufficient amount of DHA and AA is strongly correlated with both fine and gross motor development in infants, although cannot be associated with when motor development milestones are reached, as this predominately depends on the ethnic background and environment the infant is in (3). DHA and AA are of significance in structural development, such as in the cell membrane, neurite growth and cognitive and visual development (4) (Bayerlein et al. 2010).

An important aspect that needs to be highlighted regarding the discussion on the use of LCPs in infant food supplements is that the role of the food provided to infants is to supplement the nutrition being provided at a developmental yet delicate stage among human beings.

At an infant age from birth to about 4-5 years old, the human body is believed to go through major and significant developments that are considered to be vital for the growth and well being of the individual throughout his life cycle and this is the reason as to why it is important to pay specific attention to the growth and development. The same is dependent on the nutrition that is provided to babies. At the same time, it needs to be highlighted the fact that the nutrition that needs to be provided to the babies has to be complete in all aspects as this in itself determines numerous aspects related to growth and development of an individual (Larque et al. 2002).

It is important to provide appropriate nutrition at the developmental stages and ensure that the various essential nutrients are provided to the baby so that the same helps the baby to lead a healthy and eventful life. As has been already highlighted above, the most important aspect related to nutrition in an infant is deeply associated with the intake of important nutritional components such as LCP, DHA and AA as these are essential for the development of not only motor reflexes that allow locomotion, but the same are also an important requirement for the process of normal brain development functions in human beings (Hoffman et al. 2009).

Locomotion and development of the nervous system in the infant leads to the development of health and cognitive abilities for the infant and as a result of which the most important requirement is to be able to identify the sources of the same in the nutrition that can be provided to infants. This is an important aspect that needs to be highlighted as it is perceived to be an important aspect in the provision of the required nutrition, especially to infants. Apart from the scientific point of view, the same helps in the analysis of the provision of the required nutrition from a feasibility point of view as well, as at an infant stage, the most important source of nutrition to the infant is mother’s milk, and it has been already stated that even though provision of the same is vital, it does not always guarantee provision of wholesome nutrition to the developing child (Hoffman et al. 2006). Even though mother’s milk is considered to be the main source of the much needed ARA and DHA, attention has to be provided to the content of the same.

This leads to the question then as to what are the other sources of the vital nutrients that have been highlighted in this study.

The answer to the same is the identification of the sources of ARA and DHA other than that of mother’s milk provided to infants. Meat is regarded to be a rich source of ARA which, for example in Pork liver is present in the ratio of 870mg/100 gm. An important source of DHA is fish oil and it is believed that the same is present in substantial amounts in fishes such as salmon, herring, halibut, mackerel, herrings and even mussels and lobsters. The same can be approximately around 280mg/100 gm. Eggs are an important source of ARA that is found naturally in the product and it is believed to be present in the proportion of 297mg/100gm of the product especially in the egg yolk. Vegetable oils and Seaweed are other important sources of DHA and ARA that can be found to be naturally present in them (Uauy et al. 2001).

Though the mention of the above might lead to the conclusion of that the inclusion of the same artificially in infant food can be avoided as they are present naturally in the environment, the strongest argument perhaps, can be the ability of the infant body to be able to digest and process the same if they are provided to the infants in their natural form. This is one of the main reasons as to why it is considered that the addition of the same in the supplement infant food has to be an important aspect related to the provision of nutrition to the infant in order to enable better development of the brain as well as the body (Smithers et al. 2008).

The use of the same for the addition into supplemental baby food and nutrition among infants is an important and critical aspect related to the development of all the important aspects that are related to the normal functioning and healthy life in a human being.

However there are some vital aspects that put a question mark on the addition of the complex long chain fatty acids to the supplement food that is designed for the consumption of infants. One among the same is the fact that the prevalence of the same in excess amounts leads to adverse impacts on the growth and development of infants and in many cases, the commercial production of these supplemental infant foods run the risk of adding in the nutrients in more doses than required. At the same time others believe that the natural development of the infant through provision of mother’s milk have led to the development of healthier individuals in the past as the human body is genetically programmed to adapt to the requirements of growth and development , with the correct utilization of nutrition (Drover et al. 2009).

Such arguments can only lead to the validation of the need of the same in today’s world, where it is possible to monitor the dosage of long chain fatty acids based nutrients such as ARA and DHA to be added in the nutritional supplements required for infants.

Conclusion
The comprehensive study and the important aspects that have been highlighted n the above paragraphs were provided in argument for the inclusion of ARA and DHA in the nutritional intake of infants, and since the same is a critical and crucial aspect related to health, more studies and research is needed to substantiate the above aspects.