Same-Sex Marriage: Tensions Between The Claim To Individual Autonomy And The Obligation To Conform To The Expectations Of The Wider Community 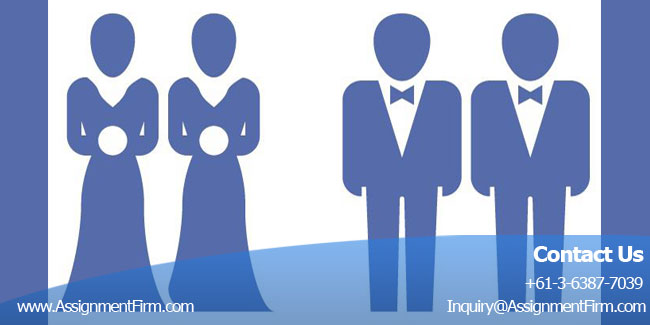 Issues of Conflict between Individuals and Community with Reference to Same Sex Marriage:

It can be concluded from the essay that, tension between the interests of the individuals and the society was there, is there and will be there. This conflict or tension is not limited to the issue of same sex marriage. Individuals fights against the community for establishing their rights. In a certain point of time, there will be no barrier to same sex marriage and the lesbian and gay population will not be looked down upon. The strong struggle of the supporters of same sex marriage will be able to change the traditional mindset of community. However, the tension between the individual needs and the communal right will not end at that point.