Advise the manager on the following issues For Business Law Assignment Help:

1) The relevant legislative powers of the Commonwealth to enact the Fair Work (Retail Employees) Act 2013.

2) The application and effect of section 109 of the Commonwealth Constitution on the operation of the Queensland Act, and the applicable court which would determine this issue.

Every country has a system of rules and regulations, which are specific to each country. The Business Law of a country is the combination of the rules and regulations, which every individual is required to follow to maintain a sense of ethics in the functions of the services provided by them. The current dynamic business environment has mane the legal structure more complex than the earlier times. The recent times, are seeing that the some of the retail companies have not put focus on the basic business law. The Queensland legal structure provides the basic required protection to both the employees and the employers (Creighton and Forsyth, 2012). This paper is expressing the legal aspects of the civil liability act, Agent relationship act and fair work act along with their provisions through the interpretation of the provided case studies. 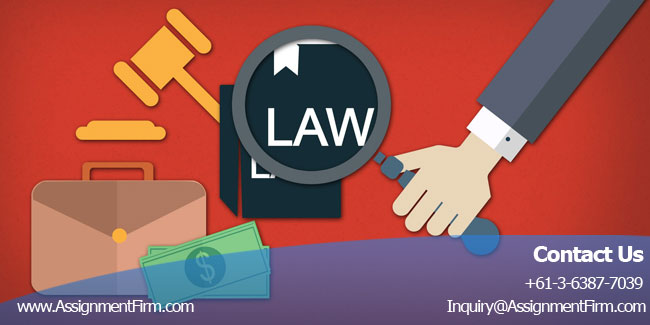 1A. Analysis of the relevant legislative powers of Commonwealth to enact the Fair-Work Act 2013

The commonwealth regulations provide legal scope to the retail employees certain benefits bestowed upon them by the Fair work act. This act provides for a strong safety net for the employment standards of the retail employees. This Business Lawalso states that the employees have the freedom to decide whether they want to join a particular organisation. According to the law, there should be fairness of choice made by the employees and the decision not influenced by the any external factors (Rishworth, 2013). The Business Law also provides a particular guideline, which protects the unfair dismissal of the employees (Gollan, 2009). Hence, it is stated that this is an independent organisation was established for the betterment of the retail sector employees. In this case the references of the Trading Act 1990 can be stated which was formulated by the Queensland Industrial Relations Commission (www.justice.qld.gov.au, 2014). This act shows the timings, which should be considered as the suitable working hours by all the employers of Queensland. According to the act the minimum allowable hours is 8.00 am to 9.00 pm in the weekdays and 8.00 am to 5.00 pm on Saturday. This is the general working schedule and apart from that, the act provides that the employers should be able to provide extended hours in some special cases. According to this act, it is not necessary to close the shops in a public holiday. However, the Commonwealth law states that if an employer decides to open his shop on a holiday then he should pay some extra salary or mat give an equivalent holiday to the employee on a weekday. Since the trading act 1990 is a state law, hence the retailer has no option to abide by that rather the retailer has to abide by the Commonwealth law because it is the federal law.

As in the case study according to the act, it is advisable for the retailer to open the shop before 10.30 in the morning under any circumstances. Since it is the Business Law enacted under the commonwealth act, hence the retail shopkeeper should abide by that norm otherwise legal proceedings are to be made for the violation of Business Law.

1B. Application and effect of section 109 of the Commonwealth Constitution on the operation of Queensland Act and the court which will determine the issue

The Business Law under section 109 of the constitution of Australia states that if a law of the state is not consistent with the federal laws then the federal law will be executed and the state law will become invalid (http://archive.treasury.gov.au 2014). The federal law in this context is the law of the Commonwealth. The State law is the law of the Queensland. The Retail Trading Act 2012 is the act formulated by the Queensland and the Fair work Act 2013 is the law enacted by the Commonwealth. Hence, keeping the law in mind the provisions provided in the Retail Trading Act 2012 becomes invalid in the context of the introduction of the new Fair work Act 2013 (Winkler, 2012). Section 109 of the act is formulated to resolve the conflict between the State law and the Commonwealth law (www.changelingaspects,  2014) and according to the act all the residents of the state are required to follow the Commonwealth law in this respect. The provisions in the state law are not valid but the laws of the Commonwealth will prevail over the law of the state and hence the state law ceases to operate (Carter vs Egg and Egg Pulp Marketing Board). Like in the given example, a resident of the country may find certain situations where there will be a conflict with the following of the Business Law. It is impossible to follow the provisions of both the laws. For example in the case R vs Licensing Court of Brisbane; Ex parte Daniell the state referendum on the trading hours of liquor was fixed by the state law for the same day as that of the federal election. However, the Commonwealth law if this action cannot be taken so the state had to follow the same (www.changelingaspects.com, 2014).

The provisions of the Retail-trading act allow the retailer to open the shop after 10.30 am in case if he desires to open the shop in a public holiday. But the further amended provisions in the Fair work act do not give any provisions relating to the time of opening the shop (United Voice and the Australian Education Union, Victorian Branch). Rather the provision in this act says that if the employee is being recruited to work on a public holiday then the employee should be provided with an hourly wage rate or the employee can also be provided with a holiday on a working day instead of the holiday (www.fwc.gov.au, 2014). Hence, it is the retailer’s decision to decide which option the retailer wants of the take.

So from the above analysis, t is very clear that the retailer can open the shop before 10.30 am because he will be following the Fair work act and according to that act he is liable to open the shop at any desired time. The Queensland law, which the retailers were following previously, becomes invalid in this context. The only Business Law, which remains valid, is the Commonwealth act. The federal government will handle this issue. The government in this respect will take into account both the laws and judge the importance of each.

2A. Effect of exclusion clause

2B. Terms of breach of contract and its remedies

A breach of contract occurs when one of the parties under the contract fails to perform any of the functions mentioned under the contract (Jenkins, 2012). This is actually the failure to provide a mentioned service that comes under the term of contract. This breach of contract may be actual or anticipatory breach wherein the actual breach refers to the failure of providing the services or providing of the service in an incomplete way. However, the anticipatory breach is the type of failure which occurs when one of the parties in the contract announces in the very beginning of providing the service that he is not able to provide the service efficiently.  In this case, the courier service provider had provided the client with a written agreement about the obligations of the company. It was along with the contract and it accounted for the type and degree of loss or damage, which the company will provide to the customers. The terms thus mentioned in the contract was accepted by Roderick hence the loss, which Roderick had to bear, was not under the terms of breach of contract (O’Neill, 2012). The following issue is not a breach of contract because the courier company had produced a written contract proposal. However, in this case the clients can claim for the damages of the contract under the law of negligence. According to the law of negligence if a person in the contract fails to exercise the required care to deliver a product then the party on the grounds of the damage made to the product can claim for the losses incurred (Stewart and Stuhmcke, 2012). However, in this case the party cannot sue the other party for the negligence done.

In this case, due to the negligence of the employees of the courier company and their miscommunication then product was not delivered at the correct time. Client expected   the courier service company to provide an ample amount of care with the concerned service. Hence, Roderick can claim for the damages that he has incurred from the incapability on the part of courier service provider. Hence, in this case the client can claim up to $ 20,000, which is mentioned by the courier service providers in their exclusion clause. This is the maximum amount of claim that the client will be able to receive. So it can be stated that the breach of contract was not done n this case.

Misrepresentation is a false statement made by one party to the other and this statement may hamper the terms of the contract (Fells, 2014). However, it may be noted that if the party to the contract is performing the statement intentionally then it may be recorded as a false statement. This can also be combined with the Business Law of negligence. Misrepresentation can occur due to the fault in the understanding of the statement by one party or even due to the fault of miscommunication (Lloyd and Unit, 2012).

Analysis of the given case

The assignment here deals with the different provisions that the employees and the employers are facing for the incorporation of the Fair work Act. The assignment also shades a light on the rights of a contract and the clause, which helps the parties to avoid the liabilities of the damages, thus incurred in respect of the contract. Hence, from the discussion of the general features of the Business Law and the analysis of the case several conclusions are derived. According to the first case, it can be concluded that the retailer need to follow the provisions of the federal law that is the provisions of the Commonwealth parliament act. In addition, since the retailer is following that act hence the retailer is benefiting from the provisions of the act if he had to follow the Queensland Act then he would have to operate under acts that are more stringent. In the second case it is seen that the client may not be able to sue the company for the breach of the contract but the client has a power to sue the company on the basis of the misrepresentation. In the third case the agent should be terminated for the damage he had caused to the company’s goodwill and to the client company. Final evaluation is done on the civil liability Act and the facts are ascertained as to what kind of protection the act provides for the professional service providers.