‘The poorest man may in his cottage bid defiance to all the forces of the Crown. It may be frail, its roof may shake; the wind may blow through it; the storms may enter, the rain may enter—but the King of England cannot enter; all his forces dare not cross the threshold of the ruined tenement.’ – William Pitt, 1st Earl of Chatham, speech in the British Parliament (1763). 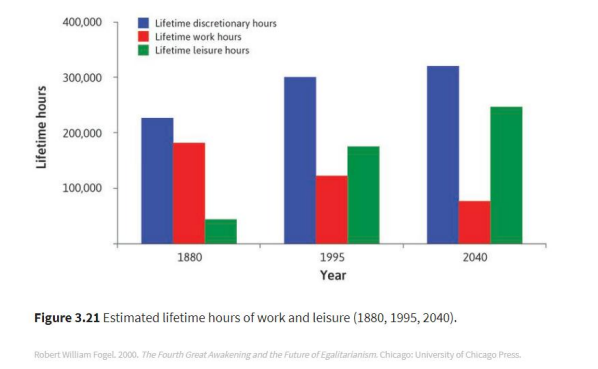 Use the definition of the firm from the textbook. Discuss whether or not an eighteenth-century pirate ship can be classified as a firm. To answer this question, you should research the characteristics of pirate ships online and investigate if they satisfy the features that define a firm. (80 words maximum)(5 MARKS)

EXERCISE 3: THE MOVING ASSEMBLY LINE: CHANGES IN THE MANUFACTURE AND SALE OF CARS (UNITS 2 & 7) (60 MARKS)

You can watch the following 4-minute film clip of the significant innovations involved in the production of the Model-T Ford.

Assume that the Ford company in this example has similar cost curves to the firm that manufactured Beautiful Cars (Unit 7 of the textbook).

Read Section 3.1 “Labour and Production” in the textbook.  You have been asked to conduct a research study at your university, just like the one at Florida State University.  In addition to study environment, outline two factors that you think should ideally be held constant in a model of the relationship between study (leisure) hours and final grade? (30 words maximum)(5 MARKS)

Read Sections 3.1-3.6 in the textbook.  Use the model that examines Alexei’s choice between his final grade & free time.

“The high-income economies will continue to experience a major transformation: the declining role of work in the course of our lifetimes. We go to work at a later age, stop working at an earlier age of our longer lives, and spend fewer hours at work during our working years. Robert Fogel, an economic historian, estimated the total working time, including travel to and from work and housework, in the past. He made projections for the year 2040, defining what he called discretionary time as 24 hours a day minus the amount we all need for biological maintenance (sleeping, eating and personal/home hygiene). Fogel calculated leisure time as discretionary time minus working time.” (Unit 3, Section 3.9)

Use the constrained optimization model outlined in Unit 3 (Sections 3.1-3.6) to analyse the increase in lifetime leisure in high-income countries, which is shown in the diagram below.

Rip Curl is an Australian company that began operations in 1969.  It was originally involved in the manufacture of surfboards but it expanded the scope of its business so that is now one of the biggest companies involved in the design, manufacture, and sale of surf and snow wear.

Ripcurl in the 1970s manufactured all its products in Australia. In 2017 there is only one Ripcurl factory left in Australia.  Joe is employed in this factory, which makes clothing for Ripcurl.  He earns $25/hour and works 40 hours each week.  The job is repetitive and boring.  He values the hourly disutility of work at $5.  If he were to lose his job he would qualify for unemployment benefits and receive $535.60 every 2 weeks.  There is no time limit on the receipt of unemployment benefits in Australia.  Joe is 47 years old and the average length of unemployment in Australia for those aged 45 to 54 years is 63 weeks.

In 2016, Ripcurl was heavily criticised for outsourcing some of its clothing production to a factory in North Korea, located near the border with China.  The criticism centred on the pay and work conditions of people in the factory.  This included being forced to work 7 days per week (without additional compensation), averaging more than 70 hours per week.  In fact, workers are paid very little in cash.  Most of their wages in this factory are received as food coupons that can only be used at government run stores to purchase rice and corn. Workers who do not obey orders can be imprisoned in labour camps where there is no pay and the conditions are much worse.

Ripcurl claims it did not know about the factory in North Korean, stating that one of its Chinese suppliers had outsourced the work to the factory without their permission.   Workers in factories in North Korea can produce 30% more clothes each day than Chinese workers.

We know little about the wages of factory workers in North Korea except for those at the Kaesong industrial zone just across the border from South Korea.  The wages in these factories are higher than elsewhere in North Korea as they were negotiated as part of a deal between the North and South Korean governments. The wages for North Korean workers in the industrial zone ranges from a minimum of around $75 a month to an average of around $160.  This compares with an average factory wages of $450-$750 a month in China.

Most studies find that younger people are more sensitive than older people to increases in the price of cigarettes.  The average price elasticity of cigarettes for teenagers is –1.43, –0.76 for young adults, and –0.32 for adults.  Another factor influencing elasticity is income with studies in high-income countries finding greater price sensitivity of tobacco among those on lower incomes.

Half of the people who smoke cigarettes will die early from a smoking-related disease. In Australia, that works out to about 15,000 deaths per year.  In Australia smokers spent over 750,000 days in hospital each year — leading to hospital costs of about $670 million.

Unfortunately,rollies are more harmful thantailor-made cigarettes.Rollies have about 38 times more additives than factory-made cigarettes. These additives include chemicals that are associated with cancer and other smoking related diseases.  Another factor in the health risk of rollies is that they are usually thinner, causing people to suck harder, which increases the amount of tar you inhale.  Studies have shown that the increased risk of cancer from smoking rollies is two to three times higher than the risks from smoking tailor-made cigarettes.[1]