Q1: (a) Difference between the Keynesian and monetarist views on how an increase in the money supply causes inflation;

(b) Why is the show of the aggregate supply curve important to the Keynesian monetarist controversy in Macroeconomics Help?

In times of Macroeconomics Help recession, when productivity declines and unemployment levels rise, the economists mainly raise the contrast between Monetarist and Keynesian theories of money. Keynesian economists mainly engaged themselves in seeking the solution to get rid off from the recession by addressing weak economic conditions identifying different fiscal government stimulus efforts to increase government expenditure, lowering down the taxation rate and giving the suggestion to invest in long-term productive output in an expectation of increasing economic demand by these policies. On the contrary, Monetarists giving more emphasis on increasing the supply of money available to lenders and businesses firms, which will create a easier access to credit and be more effective in generating productive growth of the whole economy as they conclude. Sometimes the money regulatory authority like Governments and central banks deploy different economic policies to control recession’s situation and increase the economy in an effective way.

(b) According to Keynesians, Aggregate Supply curve is more horizontal than vertical in the short run so stabilization policy can impact hugely on output and employment but the controversy begins as  Monetarists believe that the economy is inherently stable, they tend to view the Aggregate Supply curve as more vertical so discretionary stabilization policy is not as important (Gillespie, 2011).

(a) A significant destruction in economy’s capital stock because of an earthquake:

There should be the scarcity of the goods as productivity stops completely due to the significant distraction of the infrastructure of the country. Supply should be less and the demands of the necessary and griffin goods should be higher in the level. The total capital stock of the country will decrease in significant level along with total GDP.

(b)  An increase in personal income Tax:

Incensement in personal income tax will demotivate the buyer to buy in a general manner. Everybody will try to restrict his or her expenditure into a certain limit. In addition, as result of that supply of the goods will be there in the market but the demand for the good will decrease in a significant level (Jenkins,2009).

(C)  An increase in exports:

If a country increases their export service then it is obvious that due to cause export the supply of goods and services will decrease in national level but as the other condition of the economy will remain unchanged the demand, on the other hand, will increase gradually. In addition to it certainly, the cost of the available product will increase in significant level, because of that inflation can be raised.

(d) An improvement in the marketing and selling of firm managers:

If the marketing and selling skills of firm managers of a country increase then due to cause of effective marketing strategy and proper implementation of the sales force the supply of the products band the goods will increase. On the other hand, the promotional strategy of the firms attracts people to purchase more and consume in a larger amount. Therefore, the supply and demand of the goods will increase hand by hand and a point of equilibrium will establish (Lansley, 1994).

Q.6. (a) Describe what mpc with formula; 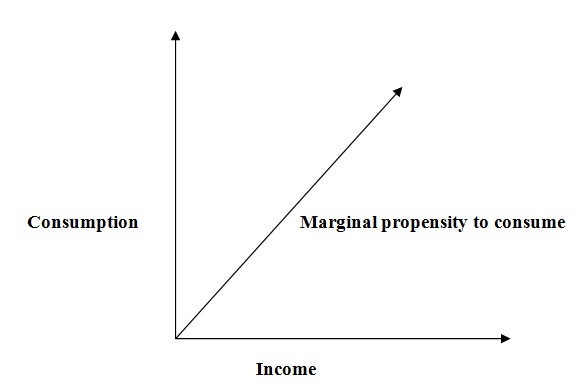 (d)  The GDP will increase in this case

(e) If an expenditure is currently $650 then it will be an increase in GDP because to expend more the people will earn more rote balance their propensity of consumption.

Q 9. The difference between cost-push and demand-pull inflation with a diagram:

(b) Provide causes of two types of inflation:

The first cause of demand-pull inflation can be growing economy of any country. When habitats of demographic land feel confident that they will get better jobs and earn enough for living in future, that their homes and other monitory investments will increase in value, and governing authority is doing the right thing in guiding the economy by implementing newer and effective economic policies, they will spend more instead of saving. They will also increase their spending in credits by investing more in borrowing auto or home loans, or credit cards. It creates gradual and steady price increases for the economy and leads to inflation(Begg et al.2009),.

Big corporate in longthe run if they can achieve a monopoly over an industry they can easily tinkle the price of the particular product or services according to their profitability and  can create cost-push inflation. This can also be a cause of reducing in supply, because the company controls the supply of that product or service.

Wage inflation is another cause of cost-push inflation. This is when workers have the power for demanding wage increases and to fulfil that companies then pass through the burden of that overhead cost to consumers by marketing the product or service in higher prices. At the end all, this leads to a cost push Inflation.