The year 2016 could turn out to be a turning point for global health, new political realities and global insecurities will test governance and financing mechanisms in relation to both people and planet. But most importantly political factors such as the global power shift and “the rise f the rest” will define the future of global health. A new mix of health inequity and security challenges has emerged and the 2015 humanitarian and health crises have shown the limits of existing systems. The global health as well as the humanitarian system will have to prove their capacity to respond and reform. The challenge ahead is deeply political, especially for the rising political actors. They are confronted with the consequences of a model of development that has neglected sustainability and equity, and was built on their exploitation.

Some direction has been given by the path breaking international conferences in 2015. Especially the agreement on the Sustainable Development Goals (SDGs) and the Paris agreement on climate change will shape action. Conceptually, we will need a different understanding of global health and its ultimate goals – the health of people can no longer be seen separate from the health of the planet and wealth measured by parameters of growth will no longer ensure health. 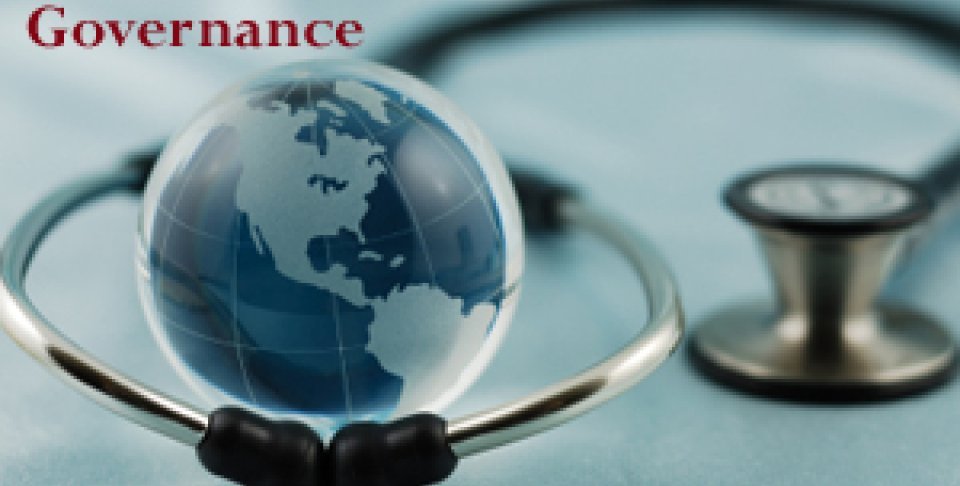 The 2015 was a critical year for setting ambitious new global agendas and it put global health on the political agenda of heads of state. But it was also a year of destabilization and crisis that has raised questions whether the post-World War II international organisational structures will be able to deal with the growing insecurities the world faces. In the view of many critics the United Nations (UN) – now in its 70th year – no longer deliver in the face of new political realities and complex trans-border risks. This includes a critical view of present mechanisms of global health governance.

While concern about the ecological crisis has been with us for some time, at the beginning of 2015 the financial crisis was still very much in focus, during the year the humanitarian emergency moved to the centre. In view of mass migration and the growing refugee crisis the US Permanent Representative to the UN, Samantha Power stated that “this
year has shown with painful clarity that our existing systems, approaches and funding are inadequate.”1

In global health, this deep feeling of uncertainty and institutional inadequacy was present throughout the Ebola outbreak. The World Health Organization (WHO) was severely criticized, the existing global instrument (the International Health Regulations, IHR) was considered inadequate and countries needed to face a tough decision whether the WHO should remain the agency assigned to deal with matters of global health security.

A New Approach to Global Governance?

Purdy4 outlines in his analysis of the politics for the Anthropocene era that “The only way to build a shared living space deliberately is through politics.” Faced with major crisis multilateralism delivered in this year of crisis and four key international conferences reached consensus on a way forward in global problem solving:

• the Third International Conference on Financing for Development in July 2015 adopted the “Addis Ababa Action Agenda”5;
• the UN Summit in September 2015 adopted the post2015 development agenda and agreed on seventeen Sustainable Development Goals (SDGs)6;
• the 2015 UN Climate Change Conference (COP21) adopted the Paris agreement,7 the first-ever universal, legally binding global climate deal; and
• the World Trade Organization Ministerial Conference, also in December 2015, adopted the Nairobi Package8 with a focus on agriculture, with the aim to support the least-developed countries.

The goal of the global health community is usually to get health on the agenda of such major conferences and it judges them successful if they deliver – preferably binding – commitments for advancing global health and its determinants, especially in terms of responsibilities and financing. But it might be even more critical for the future of global health governance to assess the extent to which these 2015 conferences set signals for global governance far beyond specific issues. Ethiopian
Prime Minister Hailemariam Desalegn, president of the Addis Ababa Conference set the tone for the conferences to follow: “the only development worth having is sustainable development.”9

I have already mentioned that the successful completion of these conferences in itself sends a strong message on multilateralism, even if for many they may not have gone far enough. Other messages common to these agendas emerged that will also need to be considered in upcoming global health negotiations:

• the development partners must engage in a new type of multilateralism that acknowledges and reflects both the diversification of global power and the need to act together;

• the North-South divide must be overcome through taking on joint but differentiated responsibilities;

• priority must be given to an integrated development agenda that includes social needs and environmental concerns;

• innovative development finance and “smart investment” is gaining ground over development aid; and

• the approaches to development need to ensure a new balance between domestic and global action while recognizing the commitment to common goals, as reflected in the SDGs.

Thirty years ago “AIDS changed everything” and a new era of global health was born, based on social movements, scientific ingenuity, philanthropic commitment and global solidarity. Fifteen years later UNAIDS34 and the GFATM can speak of ending the AIDS epidemic as a public health threat by 2030.

A similar global effort must go into promoting a 21st century concept of global public health in the SDGs context which is democratic and ecological rather than utilitarian. Purdy4 develops the political goal of a “democratic anthropocene” which responds to the new landscape of inequalities by bringing together “certain questions that we have called
ecological and others we have called humanitarian, questions of conservation and questions of justice.” What approaches to global health governance emerge if we accept such a seminal shift? Will we need new institutions? What governance mechanisms will be the most effective?

Some direction has been given by the path breaking international conferences in 2015. Especially the agreement on the SDGs and the Paris agreement on climate change.

will define future action, also in global health. They will be supplemented by two conferences in 2016 that will deal with the most disadvantaged people and debate a reshaping of the humanitarian system. Their outcomes will impact even further on our concepts of development and development finance, but also of the interface between humanitarian health approaches, health security and health action in fragile states as well as the rights of refugees and victims of war. How will our global health concepts hold up in the face of millions
of people on the move as they challenge borders, financing mechanisms, social systems and political positions?

Get UNCC300 JUSTICE And CHANGE IN A GLOBAL WORLD Assignment written by experts.