Instruction to students: This is an individual assignment.

On 5 January 2013, Patient A, who was 81 years old, presented to a GP clinic complaining of two nights of breathlessness when lying flat and shortness of breath. On examination, Patient A was found to have fine creps at the base of both lungs and slightly elevated jugular venous pressure. Her renal function was normal. She was commenced on oral Lasix and was recommended to have a clinical review two days later.

On 6 January 2013, Patient A attended a local (rural) hospital again with shortness of breath. Patient A was admitted to hospital as the oral Lasix had not improved her symptoms.

On 9 January 2013, Patient A reported dizziness. This coincided with an atrial fibrillation (AF) rate of 120/ min. The VMO was called to review Patient A. Patient A was refusing food and liquid at this time and was complaining of feeling very weak and having abdominal pain.

At 0830 hours on 10 January 2013, the VMO again assessed Patient A. He concluded that Patient A was depressed and anxious. He encouraged nursing staff to mobilise Patient A. The nursing notes that follow the VMO attendance refer to discharge planning at 1021 hours, and then, at 1315 hours, comment that Patient A felt unwell, had refused breakfast and lunch, had no energy and required encouragement to mobilise. Patient A’s  respiratory rate was recorded as 28-30/ minute, but other vital signs were within normal limits.

At 1820 hours, the progress notes state that Patient A refused to tolerate her dinner. At 1910 hours, Patient A was observed to have a respiratory rate of 40/min and she was tachycardic at 122/min. At 1930 hours, Patient A was documented as feeling “woozy”, her skin was cold and clammy and she was complaining of severe back pain. Her BSL was 16.1mmmol/I. An ECG was conducted, which showed a heart rate of 168/min. The VMO was again called. He stated that Patient A should be administered Digoxin and Valium. At 2110 hours, showing Patient A’s respiratory rate was still at 40/min.

At 0530 hours on 11 January 2013, nursing notes state that Patient A was unable to void, was pale and grey, and had clammy skin and nausea. At 0830 hours on 11 January 2013, the VMO assessed Patient A and wrote “?Significant medical illness”. An abdominal x ray and pathology were ordered. The VMO returned at 1330 hours and noted that Patient A “won’t/ can’t mobilise [because of] pain in back and abdo” and that her white cell count had risen to 17.5, despite an absence of fever. A urinary tract infection was subsequently diagnosed and intravenous antibiotics were commenced at approximately 1430 hours.

At approximately 1720 hours, Patient A reported to nursing staff that she was feeling dizzy and had abdominal pain (8/10). She was observed to have a respiratory rate of 40-44/min, very low blood pressure of 89/53 and a heart rate of 88.

At approximately 2020 hours, RN John telephoned the Clinical Nurse Manager, Ms Sophie Smith*, to arrange for medication to be obtained from the drug safe (for a patient other than Patient A). At approximately 2030 hours, Ms Smith attended the hospital and signed for the medication. RN John did not raise any issues concerning Patient A with Ms Smith at this time.

At approximately 2100 hours, RN John and another registered nurse completed an ISBAR (Introduction Situation Background Assessment Recommendation) form. In that form,  the respondent described Patient A as “deteriorating”, and recommended that Patient A’s condition be reviewed “ASAP”. He also stated that Patient A’s family had been contacted.

The VMO, arrived at 2200 hours. By this time, Patient A was critically unwell. The emergency on-call doctor, Dr Aboud*, arrived at approximately 2300 hours and inserted a large bore IV cannula to treat Patient A’s severe dehydration. Over the course of the night, attempts were made to transport Patient A to referral hospital. The ability to transfer Patient A was significantly complicated by Patient A’s critical condition. Tragically, Patient A died whilst she was being assessed by the air evacuation team the following morning. The primary cause of death was stated to be septicaemia.

*All names have been changed in this case study to provide confidentiality. 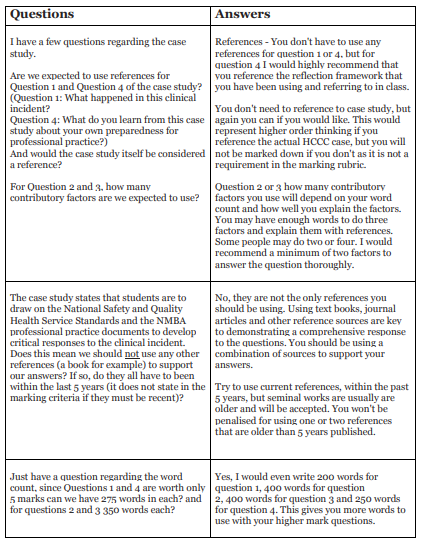 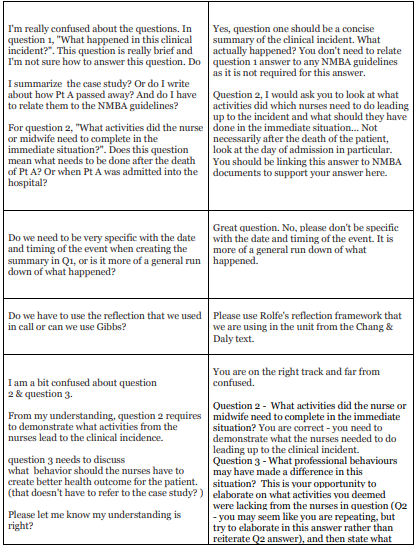 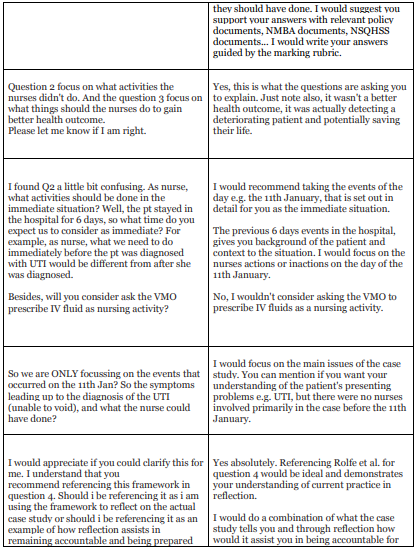 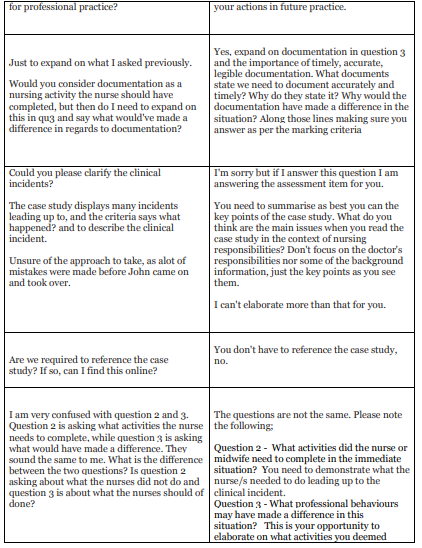 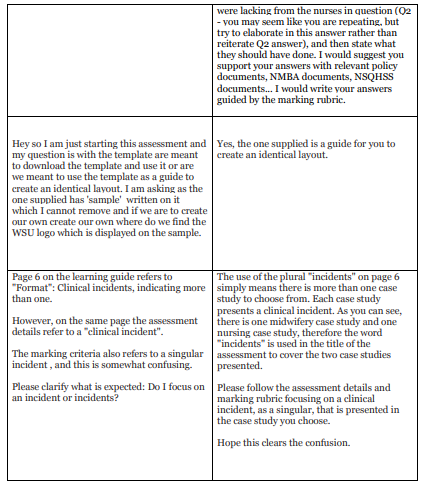